They are only mistakes if you don’t learn from them


According to ‘Change or Die: The Three Keys to Change at Work and in Life’, we are hardwired to do one of two things: move towards pleasure or away from pain. When it comes to mistakes, our default is to do anything to avoid the pain of addressing the failure. As a result, we often blame others, make excuses or suppress the vulnerability it has caused.

In 2005, I graduated with a first-class MChem from The University of Manchester and was accepted onto Croda’s graduate development scheme. During the first year, I attended a five-day personal development residential. Featured alongside swinging from the trees, were professional skills tasks such as presenting your work and team communication dynamics. After my presentation, I received a piece of very candid feedback from another participant, “your presentation style reminds me of an air hostess giving the safety briefing on a flight.” That innate mistake, highlighted in the form of feedback felt like an unjustified gut punch!

The next day, we were engaged in a team exercise and the workshop leader pulled me out of the discussion and asked me to observe. The team seemed smooth and effortless in their negotiations; was he trying to say that they were better off without me? I wasn’t clear on what I was doing so wrong or what role would best suit me in a team dynamic. Two different styles of feedback but nothing positive happened as a result. I learnt to become overly conscious of any arm gesticulation when presenting and to keep quiet in meetings. Mistakes only serve to stay as mistakes if we don’t have the opportunity to learn from them. That’s why giving and receiving effective feedback is critical in this process.

The three major models to give and receive effective feedback

I began to learn feedback models three years ago as part of mentorship training for Inspired Women Lead. Suddenly, I realised that the feedback I received all those years ago could have been constructive if only it had been given through the lens of a feedback method. From that moment on, I started to transform mistakes into empowering learning experiences.

The criticism in this method follows a fixed sequence. Similar to the structure of a sandwich, the criticism is flanked between two comments of praise. The idea is that it makes the negative feedback more palatable and both parties feel positive about the interaction. However, the Harvard Business Review reports that the sandwich approach undermines your feedback. There is a danger with this method that the criticism isn’t communicated clearly enough and no learning happens. It could also take away the value of pure praise. For example, “your facial expressions were very engaging.” “I would like to see more stillness in your body.” “Overall, excellent job!”

The “feedforward” concept was originally developed by management expert Marshall Goldsmith. Joe Hirsch, author of The Feedback Fix: Dump the Past, Embrace the Future, and Lead the Way to Change believes this way of giving feedback works more effectively because it flips the focus from the past to the future. People cannot control what they cannot change and they cannot change the past. Feedforward feedback is often used in business in the form of an after-action review.  When a project or piece of work is completed, every person involved in the project contributes to these four questions.

Using the example of team dynamics from earlier, feedback might have been structured as follows:

These questions can also be modified for a 1:1 interaction or even reviewing your own performance at an individual level and focuses positively on future growth.

Trust and transparency are popular cultural demands of high-performance workplaces. When a person becomes transparent, Forbes reports that five powerful things can happen:

When done in the right way, transparency is a gift. To avoid candid feedback feeling like a personal attack the following 4A structure developed by Netflix CEO Reed Hastings serves as a fantastic framework. The 4A framework consists of four parts and if you are using it with respect to addressing mistakes by others, always pre-frame the feedback by going through the model with them and explaining the four stages first.

Did it aim to assist? Was there a positive intent behind the feedback?

Was it actionable? Did it focus on what you can do differently?

When receiving feedback, the natural human inclination is to provide a defence or an excuse. Remember, it is a protection mechanism. Ask yourself, “how can I show appreciation for this feedback?” Listen carefully from a place of respect, curiosity and compassion.

Listen and consider all feedback but ultimately, you are not required to follow it.

Applying this framework to the feedback on my air hostess presentation style 16 years later, I discovered that the feedback did aim to assist me. Every person present had been asked to provide growth feedback. When I really thought about it, the feedback also focused on what I could do differently. Exaggerated arm movements may have been unprofessional or distracting. In fact, David Molden and Pat Hutchinson authors of Brilliant NLP: What the Most Successful People Know, Do & Say write about using five Satir categories of arm movements during presentations to rapidly improve communication effectiveness. From a position of appreciation, I am now able to accept and integrate that feedback which I ruminated upon and discarded all those years ago.

If you feel ready to engage in the concept of data-driven human performance, popularised by Joel Pobar’s 360-degree feedback loops; create a type form with the following questions and push it out via direct email and social media to friends, family and co-workers.

Increasing the amount of feedback we ask for and receive can be scary but it means more data points to learn and grow from which ultimately increases our motivation and places us firmly back in powerful action. What will you implement today? 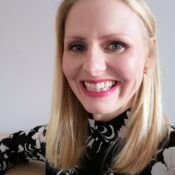 How and Why CPD courses can help you
Which IT job is best for me?
Could you do a PhD?