The first time I walked into the university board room as a member of the leadership team I was met by a sea of grey suits, one of whom asked me to make the coffee. When I declined the dubious privilege explaining I am not the coffee lady, I was asked “what job did my husband do”.

It was 1995 and I was 37 and Head of Department and newly appointed Head of Post Graduate Research. As a rare young woman of colour in the hallowed halls of academia, I had learned to take the incredulity of the old boys club in my stride. Their awkward discomfort did make me chuckle, but more importantly, my experience gave me insight into the secrets of success for women seeking leadership in the academy.

25 years on much has changed. Women now make up 56.6% of students and many have progressed on to be Heads of Departments, Deans of Faculty and Pro-Vice Chancellors. Women leaders are literally changing the HE game from inside out.  But what heralded this ‘irresistible rise of women leaders’ into higher education?

I was a child of Robbins post-war expansion of higher education, a visionary plan that ushered in a new era of opportunities for working-class students, women, and scholars from the newly independent post-colonial regions of South Asia, Oceania, Africa and the Caribbean.  New campuses spiralled out all over the green and pleasant pastures of the British countryside. Students were hungry for the new horizons afforded by a free and funded system of mass higher education.  Like in the film ‘educating Rita’, women took to HE like a duck to water. It opened exciting doors to a world of economic independence, sexual liberation, and choice.

However, this is only half the story. Cracking the glass ceiling into top leadership positions in the academy has not been matched by our gendered achievements in the classroom.  In the parallel world of business Ruby McGregor-Smith found that though diversity would greatly enhance productivity, women and people of colour are still excluded against all financial and social logic.  Indeed, I am proud of the handful of my stunningly successful sisters, such as Baroness Valarie Amos, who have broken through the indomitable ceiling to be the first Black female VC at SOAS and now Master of University College Oxford. As she points out, “of 19,000 people employed as professors in the UK, only 400 are BAME women. In a typical gathering of 100 professors, 90 would be white and there would be just two BAME women”. The dearth of ‘diverse women on top’ still lies in anachronistic institutional structures, values and attitudes that have failed to keep pace and embrace new generations of black, brown, gendered, disabled, and sexualised students and staff that now populate its hallowed halls. The academic career trajectory that favoured the ascendancy of the archetypal ‘history man’ still remains a hard nut to crack for women, especially for women with families.

For many women like myself, the path into leadership has been honed through exceptionalism in research and/or administrative achievement.  In 1998 I was appointed the first Professor and Director of the Centre of Race Equality Studies at Middlesex University. It was the cusp of the new millennium, and the Stephen Lawrence report signalled a watershed in British race relations. I could carve out a niche and had the skills as Head of Department and research management to be able to multi-task. I could juggle the admin, apply for grants, manage a research team and teach an MA while being a single parent with a young daughter. Many ECRs (Early Career Researchers) on precarious contracts and low wages who want to have families and live liveable lives ask me “how did you do it?” I have to say the flexibility of working from home made a difference. Back in the day, HE afforded you the ‘luxury’ that the pandemic ironically has now given back to us, to work and write from home. The emerging tech revolution and computers with dial-up email in the 90s provided the perfect storm for women leaders like me to seize the day and rise up in the academy.

While I have enjoyed an amazing journey into leadership, like many academic women I also suffer from ‘imposter syndrome’, where no matter what you achieve you still think you are ‘not good enough’ and will be exposed for the fraud you are.  I often have to pinch myself, talk to the spirit of my mother within me, and celebrate my 4 Secrets of Success for women leaders which I share with you:

Leadership for women in the academy is a ‘many splendored thing!’ From the very get-go in your early career, you will be thrown into the deep end. There is no molly-coddling in higher education. You will be expected to drop everything and organise a seminar or teach a course or manage a demanding research project while bidding for another.  It is sink or swim, but while paddling and keeping your head above water, you will instinctively know if you enjoy the influence, limelight and the responsibilities that come with the challenge. If you do, then ‘Hey Presto’, you are leading without knowing and you are naturally on the bumpy but rewarding path to success and influence. 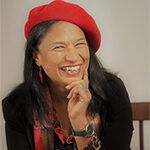 Heidi Safia Mirza is Emeritus Professor of Equality Studies in Education at UCL Institute of Education and Visiting Professor of Race, Faith and Culture at Goldsmith’s College, University of London. Heidi is a daughter of the Windrush generation from Trinidad and one of the first female professors of colour Britain. She is author of several best-selling books including Black British Feminism, Young Female and Black and co-editor of Dismantling Race in Higher Education: Racism, whiteness and decolonising the academy.

What You Should Include in a Personal Statement
Which IT job is best for me?
Could you do a PhD?