I had the pleasure of chatting with Professor Christina Hughes to discuss how she overcame barriers to be appointed in several senior leadership roles across universities, including head of department, chair of faculty, pro-vice-chancellor, Provost and Interim Deputy Vice-Chancellor. She is also the CEO and founder of Women-Space, which provides tailored professional development and leadership support to women working in universities.

We began the conversation by discussing Christina’s varied career path. She explains: 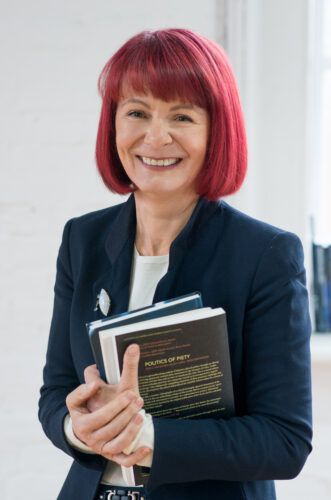 I was brought up on a council estate in North Birmingham and managed to get into grammar school.  I left at 16 and enrolled in the local further education college.  But I left half way through the course as I had no friends there and it was very lonely.  I got a job with Birmingham City Council and was lucky enough to get day-release to do an HNC programme in public administration at what was then Birmingham Polytechnic but is now Birmingham City University.

I absolutely loved it.  So much so that when that course finished, I decided to go to University.  I went through clearing and went to the wonderful Sociology Department at the University of Warwick. This was way before the notion of widening participation and access was an issue in national policy, but Warwick had a policy of letting in mature students. As I was over 21 by then, I met the admissions criteria. So, I completed my degree, then my PhD – having my daughter half way through – and afterwards spent the next five years doing lots of short-term contract work much like ECRs today.

Then I got a permanent role as a lecturer in continuing education.  Three years later, because of restructuring of the department, I moved back to my discipline department in Sociology.

Some years later when the Head of Department role came up, there was not a chance I thought I could do it.  But I was ‘persuaded’ by a dear colleague (female!) who supported me and encouraged me to go for it.  From there I became Chair of Faculty, and from that role I progressed into Pro-Vice Chancellor.

PVC roles at Warwick are secondments and at the end of five years you go back to your department.  However, I don’t think it is possible to go back.  Each role you have changes you.

I decided I wanted to carry on in leadership roles as I felt there was still more to do and I had more to offer.  I applied to Sheffield Hallam and had an absolutely fantastic experience there as Provost.  As a post-92 university, Hallam is inevitably a different kind of university to Warwick. So, there was a huge amount of learning to do, but to have had that opportunity of moving from research intensive to teaching intensive was amazing.

Then the little bug starts going again. What are you going to do next? And I decided to take some time out. Then I applied for a Deputy Vice-Chancellor role at the University of Kent.

I was at Kent as the first wave of the pandemic was happening and I had the real privilege of leading the university response to this.  It may seem strange as for all us the pandemic has been a stressful and exhausting time, but I always describe my time at Kent as one of the best professional experiences I have had – simply because we were all in it together learning as we went.

At the end of that contract, I resisted the siren call of another job and again took some time out.  This is how Women-Space came about.  All of the way through my career I’ve been incredibly passionate about gender equality, and have a strong belief in the principles of fairness, integrity, and care. I’m a Professor of Women and Gender, and I’ve done quite a lot of career development with women through my career.  I thought, now I’m just going to go for it. And that’s where I am now.

When asked ‘what inspired you to become a leader?’ Christina shared:

I’m not sure inspired is the word.  I just made my way up. It wasn’t an end goal sort of thing; it was just opportunity. One of the things I would say about how my career has developed – because it does look very linear and planned- is that it wasn’t.  I just said yes to stuff.  I also had people who encouraged me and that has been so significant.  So, when I did my PhD, there’s not a chance, I thought, that I could do a PhD.  It was the late Bob Burgess who taught me research methods at Warwick who told me to go for it.  I remember thinking “What????!” “Me?????!”.  But I got an ESRC scholarship and Bob became my supervisor.  And when I became head of department it was my colleagues, and particularly women colleagues, saying ‘go for it’.

I would say that, aside from external roles, the only job I proactively went for at Warwick was the PVC role.  And this was because it was, originally – though it changed a lot whilst I was in it – for widening participation and that’s me all over.  I knew then I’m not PVC research or PVC international – that they were not the roles for me.

So, I’d say in terms of being strategic, I didn’t plan my career, I’ve just said yes, had a lot of encouragement and hoped for the best.

I asked Christina about mentorship, both formal and informal, during her career.

I’ve been lucky enough to have had lots of informal mentorship from women as well as some men.  But I’ve never had a formal mentor. Overall though I’ve had lots of women who have encouraged me and supported me and told me ‘you can do it, go for it’ etc. And I would say, I’ve been very fortunate to have a community of women, who are close to me and have been there for me when it’s been tough, and that has been absolutely invaluable.

Having that support around you is essential and coming from a background where mentorship and the like was not in my lexicon, I really appreciate the support a mentor can offer.  You are operating in a very robust environment and need that resilience.  For example, you have to pick yourself back up off the floor at times and it is then you need people there for you.

During the early stages of your career, were there any barriers to progression for women that are no longer exist today?

The barriers that were there for me I still hear of today – whether it is the pull of children and family set up against the demands of work or how organisations are designed to privilege masculinity.  Indeed, in some ways we have gone backwards.  The pandemic is a good example of this given the disparity between women and men’s research output over the past couple of years because women – by and large – had to take on even more family care.

Gender pay differences are another good area to understand the challenges that still exist.

What are the benefits of having women in leadership positions? Is having a female perspective at the top of the ladder beneficial?

Definitely.  It is so important to have women’s voices at the top.  We know that diversity brings different standpoints, different experiences, different life knowledge. So actually, because we’ve come from different backgrounds, different environments, different cultures, you get a richer set of perspectives on which to draw.

I would never, either, underestimate the power of role models.  If we can’t see someone like us in these roles, it is hard to imagine yourself there.  The first time I personally encountered this was at Warwick where I received a huge amount of messages from women saying they were so pleased to see another female PVC.

Women can also bring a different kind of leadership.  I think you’ve only got to look at the kind of press that Jacinda Ardern gets in New Zealand in terms of her approach with compassion, with empathy, with care.  She shows us that you don’t have to fit into the stereotypical leader role of authoritarian power – something many women, and men want to reject.  This is very important to demonstrate that leading with your own style is effective and impactful.

I asked Christina if she had experienced imposter syndrome, and how she managed it?

Yes, I’ve experienced it a lot. I had not heard the term early in my career but I’ve written a blog post about it where I talk about turning up at my first meeting and feeling like this squeaky little girl down at the end of the table, and then having to learn how to navigate in that environment.

There are two things about imposterism that are knocking each other constantly – confidence and self-esteem.  They each feed off each other.  I actually love the way Alexis Kanda-Olmstead looks at it – celebrate those feelings of being an imposter, it shows you are making it! 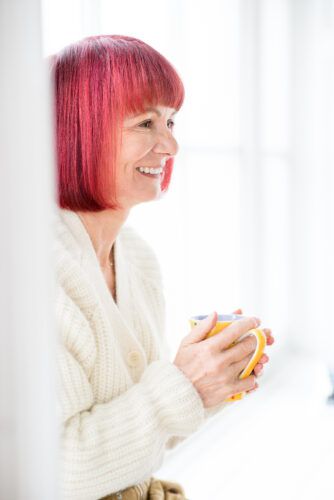 Finally, I asked Christina what advice she would give to her 25-year-old self?

The first thing I would say is if there’s something you need to do that is important to you take the risk and do it. Don’t just settle for ‘I’m safe’. Sometimes risks are worth taking.  There have been two points in my life where I’ve taken an enormous risk and am so glad I did.

Firstly, going to university and giving up what was seen as a ‘good’ job working for the local authority was scary. One day I was at work, and the next day – because it happened very quickly – I was in the lecture hall.

Second was setting up Women-Space. I was absolutely petrified again as I was going solo and reinventing myself.

I would also say to my 25 year old self to be more visible and to understand how networks are important.  Visibility creates opportunities as people get to know you.  Networks provide you with support and community.  Both are important!

Register here for our upcoming webinar on March 10th ‘How to navigate the barriers and challenges in higher education’.

If you found this article inspiring, see Women Leaders in Higher Education.