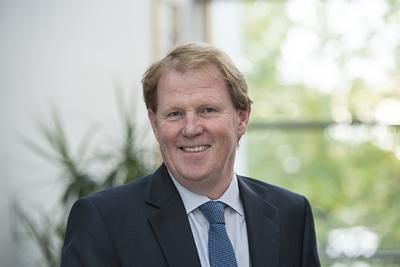 CEO of the University of Southampton, Malaysia Campus

Starting out as just an idea, we managed to build up the engineering campus in just 2 years, dealing with everything from legal processes and discussions with the government to construction and staffing.

The campus was designed to provide outstanding educational opportunities to Malaysia’s top students, and our aim was to create a programme identical to and closely integrated with the programme taught at Southampton. The programme is completed over 4 years, with the first two years of learning taking place at the Malaysia campus, and the final two at the UK campus, providing the students with international exposure without them having to enrol in a different university. Most of the lecturers spend time at both campuses, so the programme truly is the same.

How did the opportunity to head up the Malaysia campus come about?

I was approached by the University to head up the project. I had prior experience as a research professor, with a background in setting up spin-off businesses, and I think that the University recognised in me an entrepreneurial spirit that they sought for their new venture. I was intrigued by the idea, and thought that it would be an interesting challenge, and it certainly has been – challenging and exhilarating.

I believe that I was the first member of staff to have ever been sent on a long term international secondment by the University of Southampton, so while it was a bit of a bumpy process, it was certainly a learning opportunity for all involved.  The University now has a very well established and efficient process to assist staff going on international assignments.

How would you describe life and working in Malaysia?

Delightful! The people are lovely. Malaysia is made up of a wonderful, culturally diverse population, which is nice as an outsider, as it makes it easier to fit in. Because of the multi-cultural nature of the country, the quality of the food is the best in the world!

Malaysia has a tropical climate – hot and humid – which I’ve enjoyed. Most of the buildings are air-conditioned, but to make the most of your experience, you need to be adaptable where the climate is concerned.

Linguistically, it’s been very easy as most people speak English, although it is not the official language. For the few occasions where an understanding of Malay is required, I am lucky to have a strong support team who are proficient in the local language. Culturally, it is naturally very different from England, and it’s essential to understand and embrace the Malaysian culture.

Building a brand new campus has been a unique experience. Doing that anywhere in the world will help you to develop an entirely new skill set and massive experience in dealing with all kinds of people. I have been involved in industries that I could never have foreseen, such as television and radio or interacting with and hosting dignitaries. There are always visitors to the campus who require hosting and attention, or media who want to discuss the campus, but it’s been an interesting and exhilarating experience.

Branch campuses are increasingly common; what opportunities does establishing a campus abroad give to universities?

I’ve thoroughly enjoyed it! It’s been nearly 8 years in total, and a truly fantastic experience. An assignment like this is not made for one with rigid ideas. It demands flexibility, being prepared for the unexpected, and an ability to adapt to the environment, and I’ve enjoyed all of it. There’s never a dull moment, because you are running a university, which is endlessly challenging and enormously enjoyable.